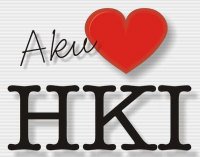 For example, some record companies could try to reap as much profit as possible while only giving the musicians a fraction even if the sales were soaring. That can happen if musicians do not understand hki, and how it can help them from being had. Basically, with hki, new musicians can secure their future profit with careful deal making since the beginning.

One good example was from the experience of Naif band. Pepeng, one of the members, told the story about how the band signed a contract without involving hki, therefore resulting in disappointment when the band members did not get their fair share in profit. Although the band’s first three albums were tremendous success, they never brought up the hki, and only managed to scrape descent cash for living. After several years, the band decided to renew the contract and securing the hki, and is finally able to get high royalties until now. High royalties are related to the fact that Naif creates most of its own songs, and found signature styles for its members. Songs, melodies, musical styles, and even band names are parts of the components of hki, especially the one that is related to copyrights.

Before making new groups or starting singing careers, new musicians must also learn about hki, in order to avoid being ripped off by their record labels. If the musicians create specific stage styles, make their own songs or find a unique music style, it is important to learn more about hki, therefore securing their future investments. Furthermore, by learning about hki, new musicians could avoid problems from seemingly simple matters such as band names. There are steps that can be taken to ensure their hki, such as involving witnesses after creating a new song, or keeping all the postal stamps after sending the works. Creating unique signature in musical styles is also essential to ensure hki, since those are the commercial parts of successful musicians.